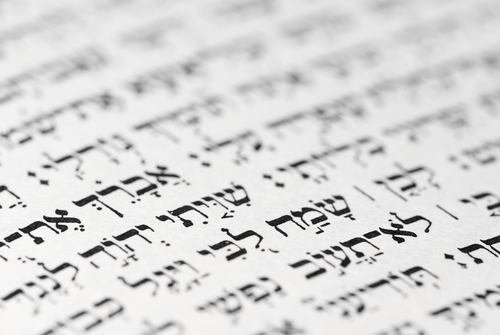 Originally published on December 28, 2018, this post has been updated for relevancy and accuracy.

Making arrangements after a loved one passes away is an emotional and stressful process. In addition to notifying friends and family, consulting with the rabbi about memorial services and hosting shiva, family members must also order a Jewish headstone. At Fox Monuments, we do all in our power to help make this a stress-free process and provide any support or guidance necessary to do so. After finding the right Jewish headstone company, naturally, they must also select the headstone inscription. Many consider the inscription to be the heart and soul of the monument, and rightfully so. It’s a permanent way to honor the life, faith and legacy of those no longer with us. While many Jewish headstones feature mostly English text, many of them also feature a percentage of Hebrew writing, as well. These inscriptions can reflect the ethics, values and faith of lost loved ones. In this blog post, we’ll identify the five most common Hebrew inscriptions for Jewish monuments.

Of course, this Hebrew phrase is not uncommon on Jewish headstones. Generally at the top of the monument, the phrase “Here Lies” is intended to be read first. In a way, these Hebrew characters act as the natural beginning of the headstone. They describe the person that the monument commemorates. Pronounced “po nikbar” or “po nitman,” this phrase is a popular addition to many Jewish headstones. While this is a tradition in some circles, not all Jewish monuments feature this phrase. Some Jewish headstones may instead contain similar imagery, such as a menorah or Jewish star.

Another common inscription on Jewish headstones is the Hebrew name. For those with a passionate commitment to their faith, including a Hebrew name is just as important as an English one. And, for people who are very religious, the Hebrew name may be the sole way that they prefer to identify themselves. While the meaning of Hebrew names can often influence parents, others prefer the name of a lost relative. This sort of significance inspires the inclusion of the Hebrew name. Usually, Hebrew names go below the phrase “Here Lies…” Sometimes, the headstone will include both the Hebrew name and the English translation.

In Judaism, maintaining strong ties to one’s family is essential to a faith-honoring lifestyle. When selecting the inscription, many Jewish families observe tradition and pay tribute to ancestors by including the Hebrew names of their parents, as well. Below the individual’s Hebrew name, the monument creator would write “בן,” which translates to “son of.” Or, they may write בת, which translates to “daughter of.” Then, they would inscribe the father’s respective Hebrew name. While including the name of the father is traditional, some Jewish headstones include the name of the mother, as well. In addition to these Hebrew names, the Jewish monument may also include a list of the deceased’s other notable relationships. Depending on family records, it can often be challenging for children or heirs to locate their ancestors’ Hebrew names. To avoid confusion like this, many people choose to pre-plan their Jewish Monument.

4. Date of Death in Hebrew Calendar

As with all other monuments and headstones, Jewish monuments include the birth and death date of the deceased individual. However, it’s customary for Jewish headstones to include these dates according to the Hebrew calendar, rather than the western calendar. The Hebrew calendar spans a much longer time than the western calendar because it does not begin with Jesus’ birth. In fact, it begins 3760 years before the western calendar. While finding the precise Hebrew year can become somewhat complicated, the general rule is to add 3760. For example, 2018 is 5779 in the Hebrew calendar. However, some choose to leave off the 5,000 for simplicity’s sake– meaning the date would be expressed as 779. While including the Hebrew year on the Jewish monument is not required, many families choose to do so. This may be in addition to or in place of the western year.

These Hebrew characters are a common Jewish epitaph. In fact, they are an abbreviated version of a popular quote from the Bible: “May his soul be bound up in the bond of eternal life.” Generally, this phrase is located at the bottom of the Jewish monument. However, not all Jewish headstones, double monument or otherwise, use this epitaph. They may use other common Jewish epitaphs from scripture, or a secular phrase that captures the spirit of the deceased individual. 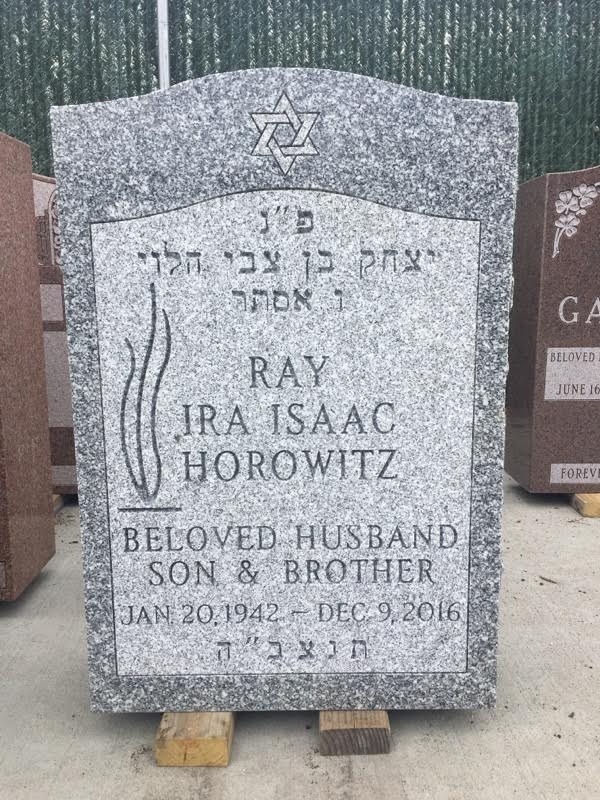 At Fox Monuments, we often provide Long Island’s Jewish community with considerable insight regarding the optimal inscription for their Jewish monuments. We understand the paramount importance of the inscription. Not only will it honor your faith, it will be a loving, enduring tribute to your loved one and provide a place to visit for years to come.