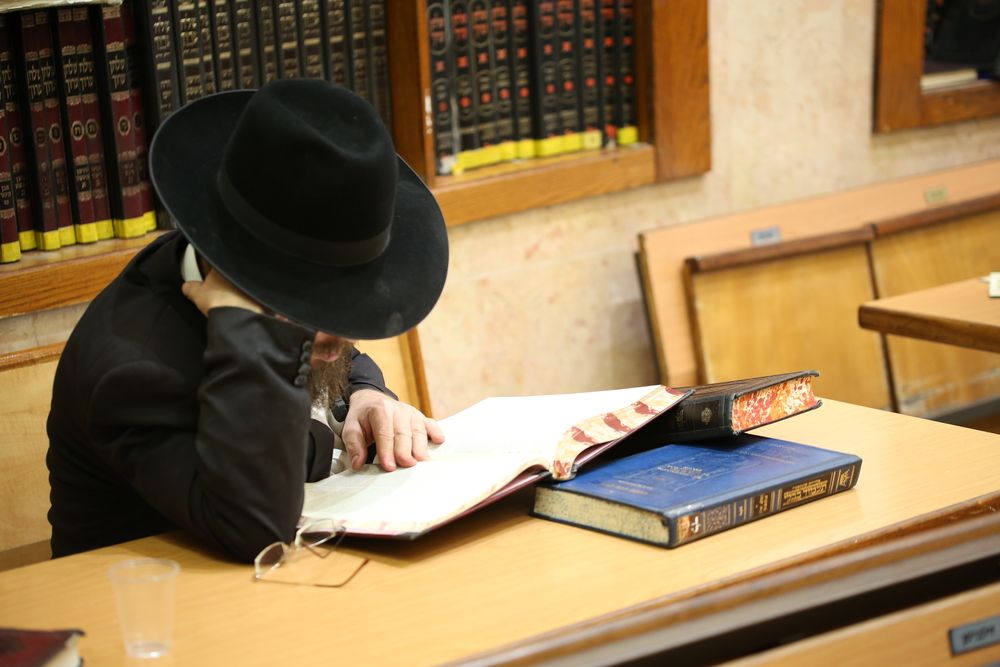 The rabbi plays a critical role in the Jewish mourning process, as a key point of guidance and wisdom for the family. Essentially, rabbis are the keepers of the Jewish faith. Their importance isn’t simple reserved for providing solace after death. Throughout the tradition of Judaism, rabbis have served by encouraging people to be faithful to themselves and their religion. People need advice from an esteemed religious figure, especially after the death of a loved one. The importance of a rabbi begins long before death, and ends after burial with the Jewish headstone. In this post, we’ll discuss the tasks and significance of a rabbi after an individual’s death, and throughout the grieving process.

In the Jewish faith, there are several prayers in place for life’s specific moments and milestones. One of these is right before a loved one’s death. After informing a rabbi of someone’s failing health, the rabbi will generally come to provide advice. Essentially, they’ll experience the positive effects of the rabbi’s presence before selecting a Jewish headstone. This is not solely for the dying individual, but also for their family members, who are obviously experiencing a range of mixed emotions. This meeting relieves the dying person of any unresolved grievances, so that they may pass on peacefully. Additionally, it’s traditional for the rabbi to lead the dying individual in the Vidui. This confessional prayer allows them to express regret for all of their sins, prior to entering the afterlife.

Traditionally, the rabbi leads those assembled in the “True Judge” prayer. During this prayer, the family aims to help their loved one transition into the afterlife. This prayer is one of the most meaningful, especially before the Jewish headstone’s placement. However, some choose to perform this particular prayer at the funeral instead. Another principle that’s prominent within Jewish burial is that of the protector. Shemira, which is Hebrew for guarding, requires friends to maintain a steady watch over the body. They must maintain this observation from the time of death through the burial, reciting psalms and other important Jewish readings. In doing so, they can ensure that the body is untainted and not disturbed. Non-family members generally compose the shomer. When the family cannot find enough shomers, the rabbi will make arrangements.

The rabbi’s role in the Jewish funeral tends to vary. This depends on the specific circle, as general funeral customs tend to do. While not explicitly mandated by Jewish law or scripture, the rabbi generally officiates at the Jewish funeral. Interestingly, flowers are inappropriate at Jewish funerals. Before the service formally begins, the rabbi usually leads the family in the rending of the garments. This age-old tradition, historically called Keriah, works on several levels. First, it gives family members a physical outlet through which to express their grief. Second, it signifies the destruction of one’s heart. Finally, it gives family members a way to express their pain. After gathering information from family members and friends, the rabbi gives a eulogy. In this passage, the rabbi generally delivers insight into the character of the deceased. Occasionally, the rabbi will also ask family members to participate, or deliver a separate story. Through delivering this eulogy, the rabbi seeks to impart the same sort of information that a Jewish headstone might, with various symbols and an epitaph. Once the funeral is over, the family, mourners and rabbi relocate to the burial site. Here, the rabbi again leads the group in prayer. The Mourner’s Kaddish, which is a way to offer praise and gratitude to God, is important throughout the grieving process. The rabbi generally leads this process. Once this ceremony has concluded, the casket goes into the ground, beneath the Jewish headstone. Family members generally participate through the symbolic gesture of throwing dirt into the grave.

Following a Jewish Burial, the rabbi’s involvement tends to be significantly reduced. This is because the family unites in support of each other, and in remembrance of the deceased individual. The Shiva, generally hosted in either the home of the deceased or a close relative, allows family members to process this grief.

During the Yahrzeit, or one year after a loved one’s passing, the family participates in the monument unveiling process, or the “unveiling ceremony.” This tradition stems from a time when elaborate headstones were common, and others came to respect the hard work of masons and craftsmen. The rabbi again joins the family and delivers prayers from the book of Psalms. Additionally, the rabbi may deliver another eulogy in commemoration of the deceased individual. At Fox Monuments, our goal is to streamline the monument purchasing process for all families in mourning. Our staff will guide you through each step, so that you can find the perfect solution for your loved one. Contact us to begin the Jewish headstone purchasing process.