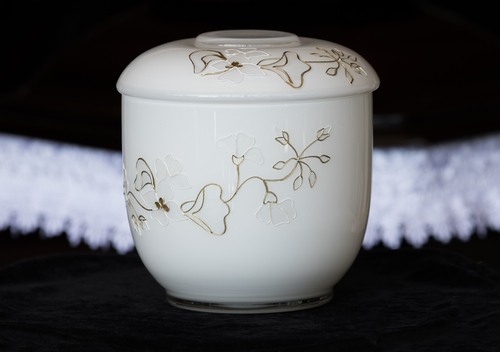 The passing of a loved one is an emotional and difficult time for all family members involved. In Judaism, there are many traditions that inform how the mourning process should be conducted. One of these traditions is burying the deceased next to the Jewish monument in a cemetery. In recent years, however, many Jewish people have decided to be cremated. In this blog post, we’ll detail the Jewish perspective on cremation, and how this changes the burial procedure.

Is Cremation Permitted in Judaism?

Traditionally, cremation is not permitted in Judaism. This idea stems from Jewish law, which states that all Jewish individuals must be buried in the ground after passing away. With cremation becoming a more popular option in other religious traditions, many people have requested it. And, some religious groups have responded to this by altering the long standing policy.

While Jewish law does specifically outline how many aspects of the Jewish grieving process should go, it does not outright forbid cremation. The Torah and other sources of Jewish law do have language that forbid anyone from tampering with or defiling dad bodies. These sources also provide guidance as to how the dead bodies should be handled after death, including Taharah, or the cleaning of the body. But, there is no language that states that bodies should not be burned. Additionally, there is some evidence that indicates Jews burned the bodies of the dead during ancient times.

Although there are still some conservative groups that prevent cremation, many religious groups now allow it.

Can Jewish People Who Have Been Cremated Be Buried in a Cemetery?

However, individual cemeteries may have differing policies on this issue.

Is the Burial Ceremony the Same After Cremation?

Generally, the school of individuals who permit cremation do not take issue with a rabbi-officiated burial ceremony.

How Are Cremated People Buried?

When burying cremated remains, one question that often arises is what the remains should be housed in. Like a normal burial, some people choose to bury cremated loved ones in a casket. With this choice, the process for securing a cemetery plot would involve the same procedure.

However, other people choose to instead place the remains of their loved one in an urn. As the smaller choice, urns tend to be less expensive. For environmental reasons, some cemeteries require that the urns are buried in an urn vault. This choice would prevent the ashes from touching the soil directly. 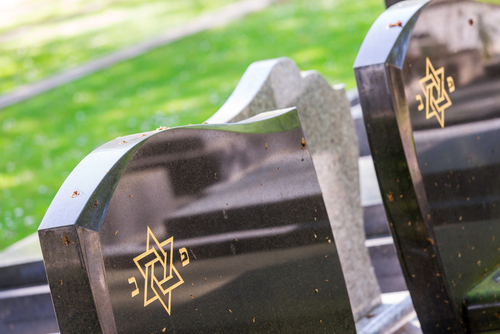 Should Cremated Remains Be Buried with a Jewish Headstone?

This is another common question for families who are burying the remains of a loved one.

Because the cremated remains are located in a Jewish cemetery, it often makes sense to commemorate this site with a Jewish monument. By choosing to have a Jewish monument installed, you can still indicate the location, and pay tribute to the life of the deceased. During days of commemoration like the Yahrzeit, loved ones can also visit the headstone.

At Fox Monuments, we understand the difficult time that families are enduring after the death of a loved one. Our team is fully committed to helping you through the Jewish monument purchasing process as quickly as possible. We’ll ensure that the Jewish monument is crafted to be consistent with your inscription request, and captures your loved one’s spirit.